The addon to the biracial Wii. A few weeks ago I made myself a couple of biracial nunchuks to match my Wii. A black shell, white button one that matches exactly, and a white shell black buttons one for an inverted look. 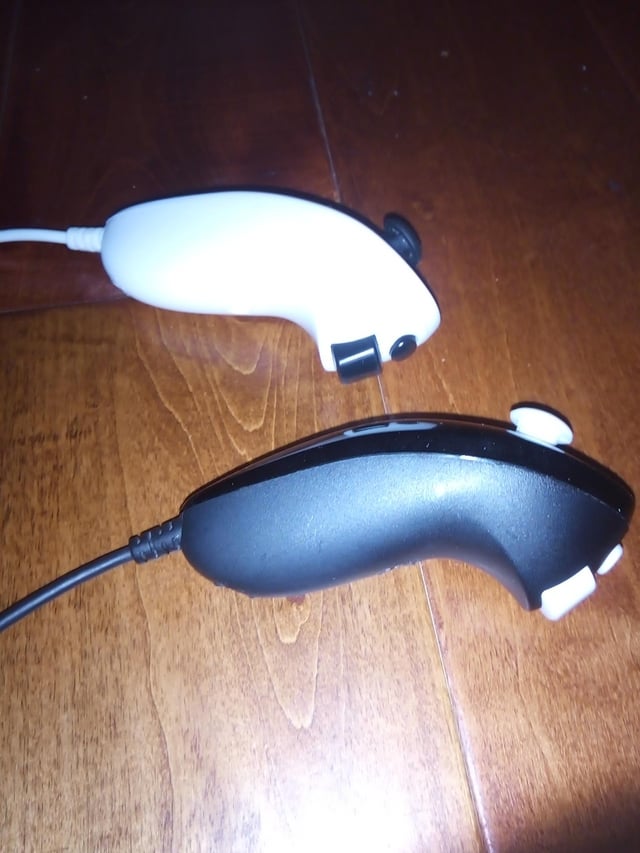 A little fun fact about the white one: It's a cheap knockoff nunchuk, so when I had it open, one of the wires actually detached from the solder joint on the PCB, causing the nunchuk to stop working. I was working on an extremely tight budget, so I tried touching the wire to the solder joint it came from, which caused it to start working again. Then, I used several layers of scotch tape to hold it in place. So far, it has held up, even after using it multiple times. Cheapskate soldering all the way.